Shock and Awe: Assyrian Battle Strategies Used in German Blitzkrieg and US Campaign in Iraq

Shock and Awe: Assyrian Battle Strategies Used in German Blitzkrieg and US Campaign in Iraq | Heritage Key
Posted by Unknown at 10:28 AM No comments: Percy Jackson and the Olympians Take Shortcut to Athens via Nashville Parthenon | Heritage Key
Posted by Unknown at 8:38 AM No comments:

� Museum Expedition
Posted by Unknown at 9:21 AM No comments:

UAH will have guest speaker Dr. Bryan Ward-Perkins from the University of Oxford give lectures during UAH's annual Classics Week (an event hosted by The Society for Ancient Languages and The UAH Humanities Center.) Dr. Ward-Perkins will be giving two lectures concerning the controversial fall of the Roman Empire on Friday, April 9th.
His first lecture, entitled “The Death and (very slow) Rebirth of Public Statuary, 300-1500AD,” will be at 11:30am in Roberts Hall, room 419.
The second lecture he will give, “A Real Economic Melt-down – The End of Roman Britain,” will be at 7:00pm also in Roberts Hall, room 419.
These lectures are free and open to the public.
Feel free to invite anyone that might be interested.
Valete!
Posted by Unknown at 11:34 PM No comments:

Spartacus: Blood and Sand is Dripping With Blood, Gore and Sex

Spartacus: Blood and Sand is Dripping With Blood, Gore and Sex | Heritage Key
Posted by Unknown at 11:31 PM No comments:

Live Science story
Posted by Unknown at 11:30 PM No comments:

Lead "Burrito" Sarcophagus Found Near Rome
Posted by Unknown at 11:27 PM No comments:

In Syria, a Prologue for Cities 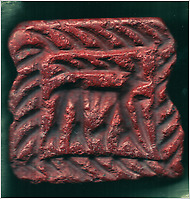 In Syria, a Prologue for Cities - NYTimes.com

Greetings Members and Friends of the AIA!

Welcome! Here you’ll find updates on our events as well as links to news on cool, current topics in archaeology. Please consider joining the AIA and supporting our local society. As an AIA member affiliated with our local society, you get to vote on what lecture topics we choose each year. A significant portion of your membership gets refunded to our local society to support our activities. You’ll have greater access to all our speakers—more chances to ask questions and hear the inside scoop on new discoveries! Our society receives two FREE lecturers because we maintain a membership of fifty. AIA headquarters pays their airfare and honorarium and our local society provides a venue and hospitality. As a local society we invite an additional four to six speakers and host other events such as our annual archaeology fair and our biannual wine tasting. Your support directly impacts the number of fascinating archaeologists we bring to North Alabama. Thanks again for your support and enthusiasm!

The AIA in Action!

Have you ever wanted to go on an archaeological dig? The AIA publishes the Archaeological Fieldwork Opportunities Bulletin, which has listings for digs from the US to Mongolia to Australia. Not ready to get dirty? The AIA offers behind the scenes tours of archaeological sites all over the world. Being a member of the AIA supports many valuable programs in site conservation as well as training activities such as talks to our troops in Afghanistan and Iraq. We encourage the future of archaeology by providing scholarships to archaeologists in training. Create a future for the past. Join the AIA!